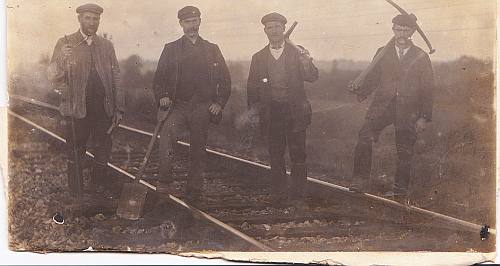 Arthur Bitten worked on the railway at Bures from 1907 until the 1930`s
Arthur kept meticulous diaries with entries for every day of the week, during his working life.
Three of those entries are of particular importance:-

Wreckage of Zeppelin taken near Smallbridge Hall, presumably shot down by a BE12 from Wormingford

The above report was taken from the Wormingford Airfield WW1 records
However, there is contradictory report of L48 being shot down at Thebaton, Suffolk